As I was walking past the Student Professional Organizations’ office, a smell of spices wafted out of the room. Some of my favorite students, officers from various student groups, sat in the room eating Indian food.

“What IS that?” I asked, my eyes widened. “And where did it come from?”

One of them offered me a bite of the Chicken Tikka. I asked the other, who is Indian, what he thought of the food.

I decided this would be my next venture for the blog. The next day I headed over to Samosa Deb’s, located in front of the Art building (why do they get so many of the best trucks over there??) and ordered the Chicken Tikka platter, which came with rice, pakora, veggies, and naan, all for $8.00.

My Indian friend was right. I’m not an expert on Indian food, but something about the sauce was off. Maybe not enough tikka masala spices? Note: For those who don’t know what tikka masala spices are, they usually consist of a blend of fenugreek, nigella, coriander, green cardamom, cumin, cinnamon and cloves. The sauce on my plate was not only lacking in flavor, it was lacking on the spiciness level. I enjoyed the vegetables, which had carrots, lentils, and chickpeas. By far my favorite thing was the pakora, a kind of fritter made with spinach leaves. The “naan” was actually a pita, cut into four pieces. I was kind of disappointed, because I love naan! 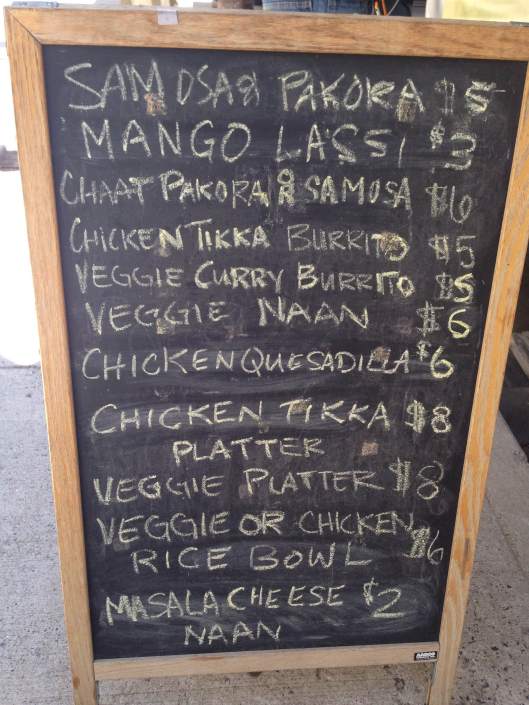 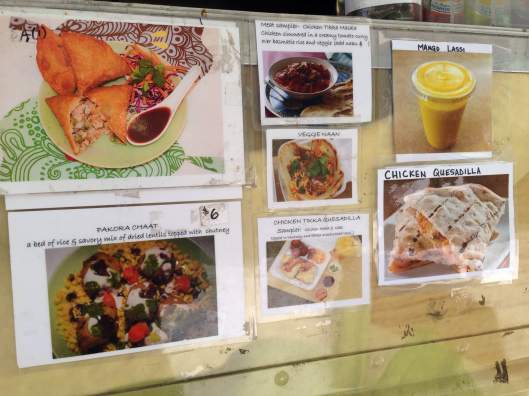 Location: On Norris St between 12th and 13th St.